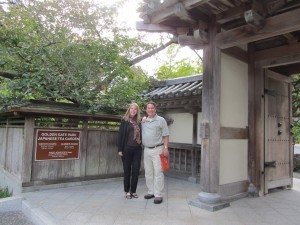 Laurie Ossman has recently departed as director of Woodlawn and Pope-Leighey House, a National Trust Historic Site in Virginia, to advance her interest in re-imagining historic sites for today’s audiences through project-based endeavors and writing.  Her innovative work to reinterpret and reprogram the site has been featured by the American Association of Museums and the Washington Post, including the path-breaking Arcadia partnership with the Neighborhood Restaurant Group.  During her tenure, she also completed two major books with Rizzoli–a survey of Great Houses of the South and a study of the architectural firm of Carrere and Hastings (selected as the Washington Post‘s photo book of 2011)–which will be focus of several lectures in the coming month at Vizcaya, The Flagler, and the Sulgrave Club.  Laurie received her PhD. in architectural history from the University of Virginia and was previously responsible for the collections and scholarship at such nationally renowned historic sites as Vizcaya Museum and Gardens and Ca’ d’Zan at the Ringling Museum of Art.  She can now be reached at LaurieOssman@Comcast.net.