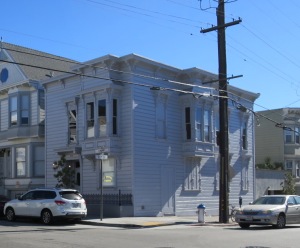 A couple weeks ago I had an opportunity to visit the David Ireland House, a house museum that recently opened in San Francisco.  Unlike New York, Los Angeles, Chicago, or Washington, DC, San Francisco has only a handful of house museums so the addition of the Ireland House is a significant one—and unusual.

David Ireland was a conceptual artist active from the 1970s to 2000s, becoming an artist in his 40s after serving in the Army and leading safaris in Africa. In 1975 he purchased a modest 1880s Italianate-style house in the Mission District from an accordion maker and proceeded to use it as his home while transforming it into an artwork, most visibly by peeling away layers of wallpaper and then coating the plaster walls in polyurethane varnish.  Yes, strange but true. With his death in 2009, the 500 Capp Street Foundation (the address of the David Ireland House) saved the house, hired the Architectural Resources Group to lead an extensive conservation process, included a sensitive award-winning addition by Jensen Architects, and opened the house last year to the public.

This is a difficult place to interpret because Ireland not only treated the historic house as a contemporary artwork, but it is conceptual art, which puzzles most people when encountered in an art museum (remember Marcel Duchamp’s Fountain?). It’s not only non-traditional, but questions the very nature of art.  When you encounter a pile of neatly stacked firewood, you’re wondering if you’re looking at an artwork or simply a stack of firewood. 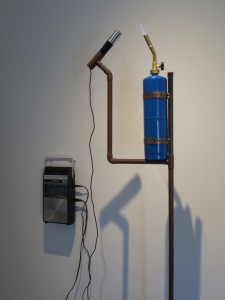 “The Sound of Blue,” by David Ireland.

The David Ireland House handled this very well by starting the tour with a conceptual artwork (or was it two?).  Visitors first step into a sparse room, where you purchase tickets and are welcomed by the guide.  After a few minutes of chatting, the guide points out an artwork that was discovered in the house: a butane torch mounted on a stand made of copper plumbing pipes.  He proceeded to explain it was called the “Sound of Blue,” lit the torch, and turned on a cassette tape recorder whose microphone was aimed at the torch.  We watched it together for a minute, when another guide picked up a newspaper laying on a table, read aloud the date and a headline, and then placed the newspaper on a stack forming in the corner of the room.  The tape recorder was then turned off along with the torch.

That was weird. What just happened? This is art? What does this mean? What’s going on? Is this serious or an elaborate hoax? Is the whole tour going to be like this? What’s going to happen next? 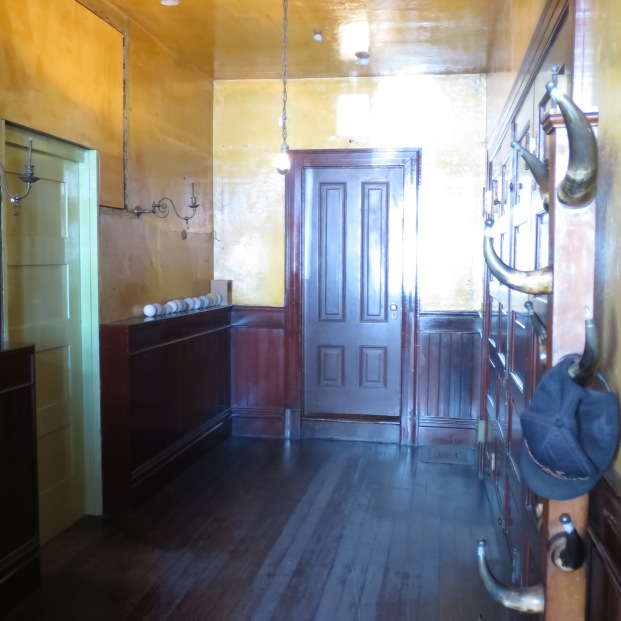 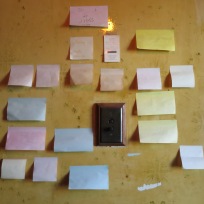 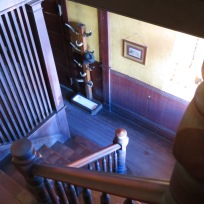 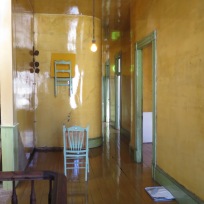 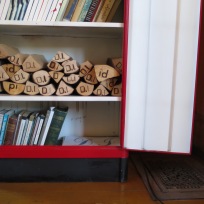 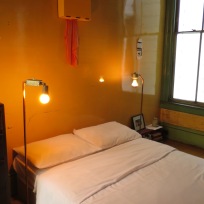 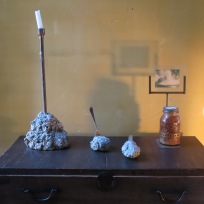 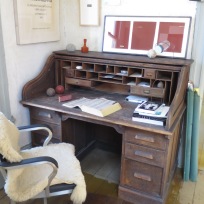 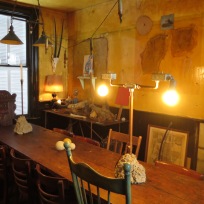 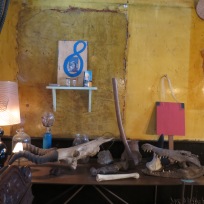 Yup, that’s exactly the reaction they want you to have. It provoked the kinds of questions and reactions that David Ireland would have liked, so the rest of the tour was a combination of short explanations followed by a lot of questions from me, which they encouraged.  Although the entire house is treated as an artwork, there are no stanchions and you can wander where you want.  Tours are guided and intentionally kept small to protect the objects, so you have a great sense of freedom to explore and wonder if you’re looking at an artwork or it’s just a chair hanging on the wall.  It is at times bizarre (you encounter a piece of birthday cake preserved in a Mason jar) and amusing (a pile of firewood stamped with the artist’s initials), but it did cause me to think about the nature of art, art curators, and art museums. Others, however, might find it silly and shallow, but that’s one of the points of conceptual art as well: the viewer determines the significance and meaning of an artwork, not the art dealer, curator, or museum. Indeed, is this an art museum, an historic site, or just David Ireland’s house?

1 thought on “San Francisco’s Newest House Museum is a Conceptual Artwork. Or Is It?”