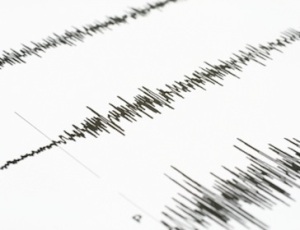 Unlike the environmental movement, which has many national organizations devoted to its many and varied causes, historic preservation has just a handful. When something happens at one or two of them, it can significantly shape what’s happening at the state and local level.  This year promises seismic shifts because of transitions occurring at three national organizations:  Preservation Action, the National Conference of State Historic Preservation Officers, and the National Trust for Historic Preservation.

The National Trust for Historic Preservation has been undergoing tremendous transformation since 2009, when Dick Moe’s long 17-year tenure as president ended. Stephanie Meeks, a former executive with the Nature Conservancy, took the helm and introduced a new strategic plan that narrowed its work by closing most of its regional offices, cutting Preservation magazine from six to four issues a year, closing its Save America’s Treasures office, reorganizing the National Main Street Center as a wholly-owned subsidiary, and cutting its ties with state and local preservation organizations. The plan (sometimes called Preservation 10X) also prompted a turnover of much of the staff through reorganizations and layoffs and put in place a new management team, most of whom are outside the field of history or preservation, suggesting a major retreat from its leadership position in historic preservation.

This year the focus at the National Trust seems to be on raising cash to survive. The last fiscal year ended $11 million in the red (spending $3 for every $2 in revenue) and the word on the street is that year-end donations were much less than expected. It is actively seeking a development director; already in negotiations to sell its landmark headquarters building in Washington, DC; and accepting proposals to lease out Woodlawn, its first historic site, to get its expenses off its books. Working with a much smaller staff and fewer resources than five years ago, these moves suggest that the National Trust will be distracted with its own internal issues and unable to make much impact nationally for the foreseeable future.

Although NCSHPO is a closed organization (only state preservation officers can participate), it is financially strong and its members are highly influential and often set the pace for preservation in their states. Preservation Action, on the other hand, is much smaller but membership is open to anyone and its revenues have been growing these past few years. Both organizations are quite unlike the National Trust, but NCSHPO and Preservation Action have the opportunity to take a more active leadership role on a national level through their strengthening bonds. The choice of the next executive director for Preservation Action will be decisive and could be another aftershock in the tumult that is currently rocking historic preservation.  In a couple years, we’ll know who’s built on a stronger foundation.