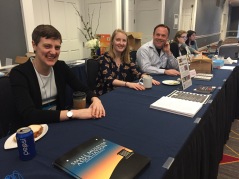 Some of the people who lead the Small Museum Association conference, 2017.

Chinese art among the meeting rooms at the Small Museum Association conference, 2017. 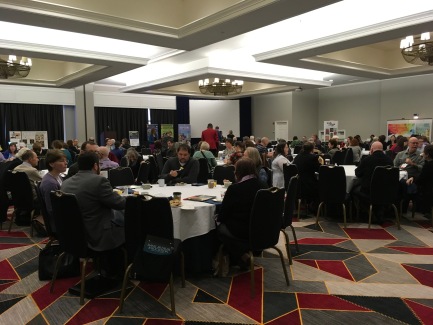 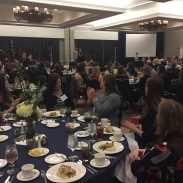 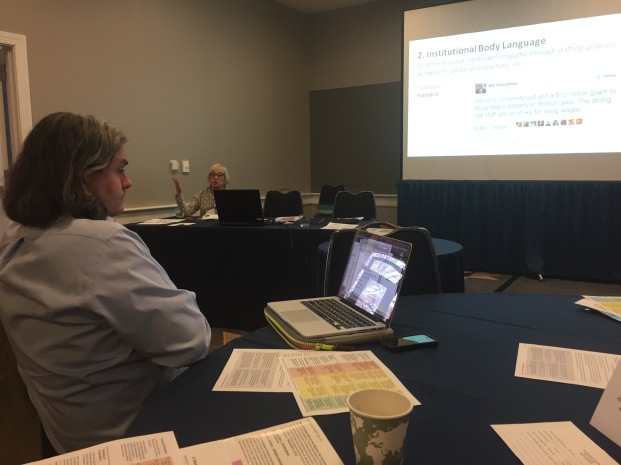 For the first time, College Park, Maryland hosted the annual Small Museum Association conference, which was previously held for decades in Ocean City, Maryland (a seaside resort town where the rooms are cheap in winter).  The relocation was controversial but it attracted a record attendance of 315 persons, plus the facilities at the Marriott Hotel and Conference Center were much better suited for a national conference.  Not only were there a nice assortment of rooms and places to meet (not just for sessions but informal chats) but it features an outstanding art collection from the University of Maryland in its hallways, not the usual hotel pablum. Paintings and sculptures mostly by Maryland artists lined the hallways and in their own galleries, curated by Jon West-Bey (formerly at the Lower East Side Tenement Museum).  Were we in a hotel? a conference center? a museum?

While some people might assume that a conference for small museums means that it’s for beginners, you’ll find that like most professional conferences it has a variety of sessions for different levels of experience, except that it’s aimed at institutions that have a small staff and budget. Flexibility and speed are among the characteristic advantages of small museums, who sometimes forget they can innovate much faster than their bigger brethern. Some quick highlights from the education sessions I attended are: END_OF_DOCUMENT_TOKEN_TO_BE_REPLACED

connecting people to historic places. Ideas, opinions, interviews, news, best and future practices will be continually presented through regular blog posts. You are welcome to leave your comments on posts; contact me at max.vanbalgooy@engagingplaces.net; connect with me on LinkedIn; or follow me on Twitter @maxvanbalgooy.
Join 1,484 other followers