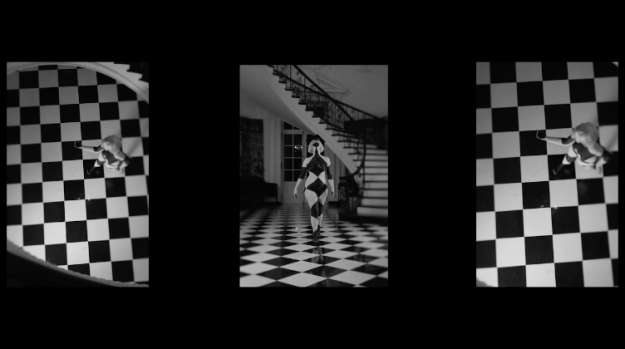 “When I Whistle…” by Bill Orisich and Benita Carr shot at Swan House, Atlanta History Center.

Swan House, the 1928 mansion at the Atlanta History Center, served as a canvas for When I Whistle…,” a site-specific performance artwork for video by Bill Orisich and Benita Carr.  The History Center partnered with the two artists on a Swan Coach House Art Gallery show called Print or Projection. They used the house as inspiration and shot everything over the course of eight nights, featuring local performance artists, original music and text. The final product, When I Whistle…, premiered at the show opening, and was projected in triptych onto three panels inside the house. Most readers may find the video strange and confusing (and there is some nudity, too) but an art critic called it “intelligent, thought-provoking, and brand new.” It’s another example of historic sites being used as a way of engaging new audiences or interpreting them in new ways. It’s not appropriate for all sites, but it’s something to keep in your toolbox of ideas.

Thanks to Jessica Rast VanLanduyt, Director of 20th Century Historic Houses (what a great title!) at the Atlanta History Center, for sharing this with us.