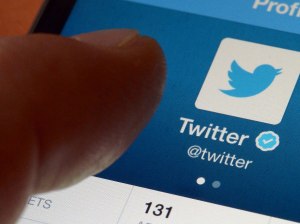 With the new year on the horizon, I’ve been evaluating my projects from the last year to determine how I can help historic places better connect to their audiences. For the past two years, I’ve used Twitter to share news about history, historic sites, historic preservation, and history museums.  Each morning I scan the New York Times and other newspapers for stories, aiming to tweet about three stories daily to my @maxvanbalgooy account so that my followers can quickly learn what’s happening.  The result? I have created 4,180 tweets and attracted nearly 500 Followers since I joined Twitter in June 2009.  This blog, on the other hand, has 1000 subscribers, so it seems my time is better spent on my blog than Twitter.  It could be very different for you, but how do we decide if Twitter is effectively engaging your audiences?

A useful place to start is with the metrics that Twitter provides: Followers and Likes.  Likes are a low level of engagement because they only require that readers support a specific tweet or find it especially useful or enjoyable—but that’s it. Followers are a mid-level form of engagement because it means that a reader wants to engage with you and read everything that you tweet (“read” is probably overstating things; “scan” is more appropriate for Twitter). Retweets engage at a high level because your Followers share your tweet to their Followers (did you follow that? it’s about the impact of the multiplier effect)—unfortunately, there’s no easy way to measure Retweets (but boy, we would have more impact if we promoted Retweeting instead of Liking).

To better understand how effectively Twitter can engage audiences, I collected statistics for a variety of major history organizations to measure Tweets, Followers, and Likes as of today (December 8, 2016) to develop the following chart:

As you can see, the number of Followers ranges from 7,926 at AASLH to 187,000 at Historic England (UK) (and you thought only Americans were good at this!).  Like attendance, a high number of Followers tells you how many people you’ve reached.  Historic England (UK) and the Smithsonian’s National American History Museum are doing an outstanding job.  You’ll want to study them.

Behind that dramatic difference, however, is the target audience for each of these organizations.  For example, the Minnesota Historical Society is probably focused on residents in its state (more than 5 million people) while the Organization of American Historians primarily serves professors who study and teach American history (7,800 members).  By just using Followers, you can’t easily judge your effectiveness.  For a better sense of engagement, compare the number of Followers to the size of the target audience (e.g., 16,400 Followers for @mnhs/5 million residents in Minnesota). If you want to benchmark your performance, use this “engagement ratio” to compare yourself to similar organizations (e.g., other state historical societies and their state populations).  Another helpful ratio compares the number of Tweets to the number of new Followers during a specific period of time. That tells you if your Tweeting is generating engagement or if you’re just spinning your wheels.  Perhaps you’re just tweeting once a week, but if that’s generating 4 new Followers per week, you’re doing better than most.  Indeed, a quick comparison shows that Historic England (UK), Historic New England, and the Organization of American Historians are most effective in converting Tweets into Followers.  You’ll want to study them.

Secondly, benchmark by tracking performance over time. The number of people following @AASLH is the smallest in this study but the number of Followers for @AASLH grew from about 6,000 a year ago to nearly 8,000 today—a 33% growth rate.  That’s a result of an intentional, committed effort by Hannah Hethmon, the Membership Marketing Coordinator.  She posts 5-8 Tweets daily, scheduling a carefully selected assortment of subjects (e.g., jobs, continuing education, link to an article) in advance using HootSuite. Furthermore, she watches for trending topics, tests ideas, and studies her Twitter analytics.  She’s found that Twitter Chats are incredibly useful for engagement, the most recent one generating 1.4 million impressions! Finally, social media is part of AASLH’s overall strategy, so it’s not just a “something to do in your spare time” activity.  You’ll want to study them.

As an adaptive and nimble organization, AASLH uses best practices on all social media accounts in order to provide safe, professional spaces where the Association can engage and interact with members and potential members.

Social media is a platform for AASLH to further its mission by sharing resources, recognizing excellence, and engaging with members and nonmembers. Social media allows AASLH to engage our audience on their own, familiar platforms rather than trying to exclusively convince them to visit ours (website, database).

Social media is vital to a connected, forward-thinking organization. AASLH’s social media use is guided at every step by our Mission, Values, and Core Competencies.

As new platforms and new features of existing platforms (e.g. Facebook Live) are developed, AASLH will evaluate whether they can help us better connect with our audience and further our mission and values. If they do not, we will avoid spending time and effort in those areas. We do not have accounts just because we are supposed to. Any social media accounts should be kept fresh, active, and intentional.

With the new year starting soon, it’s a very good time to evaluate your social media performance and lay out a plan to use it more efficiently at your house museum or historic site (or maybe even stop doing it).  To explore this further:

If you want to benchmark against a major history organization, here are the statistics for the ten I collected as of December 6, 2016: